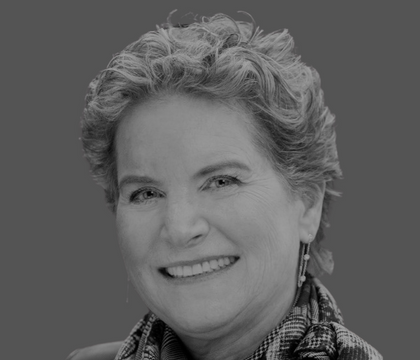 Chair, Board of Directors

Susan C. Schwab serves as Chair of the NFTC Board of Directors and strategic advisor in Mayer Brown’s International Trade practice.

Ambassador Schwab’s advisory role for NFTC and Mayer Brown is in addition to both her professorship at the School of Public Policy at the University of Maryland, where previously she served as Dean, and as President of the University System of Maryland Foundation. From 2005-2009 she served as US Trade Representative (USTR) and Deputy USTR in the George W. Bush administration. Ambassador Schwab also sits on several corporate and non-profit boards, and is a frequent speaker at associations, corporations, and think tanks. In 2022, she became board chair of the National Foreign Trade Council (NFTC).

During her tenure as USTR, Ambassador Schwab successfully opened markets for US products and services in every region of the world and across a variety of business sectors and industries. She concluded the United States’ Free Trade Agreements (FTAs) with Peru, Colombia and South Korea and launched the Trans-Pacific Partnership (TPP) talks. Ambassador Schwab helped to achieve congressional approval of FTAs with Oman and Peru, as well as the bipartisan “May 10th, 2007” agreement on trade, labor and the environment. Additionally, she negotiated in the World Trade Organization’s (WTO) Doha Round with major economic powers including the European Union, China, India, Brazil and Indonesia; helped to lead US bilateral WTO accession negotiations with Russia; and engaged in those with Vietnam. Finally, she filed, pursued and resolved multiple cases in defense of US commercial interests with Canada, China, the EU and others.

Ambassador Schwab has more than three decades of international trade and policy experience. She began her career in the USTR’s office as a trade negotiator for agriculture issues. After two years, she headed to Tokyo, where she served as a Trade Policy Officer at the American Embassy. She later spent 8 years working for Sen. John Danforth (R-MO), first as Chief Economist and Legislative Assistant for International Trade and then as Legislative Director. In 1989 Ambassador Schwab became the Director General of the US & Foreign Commercial Service at the US Department of Commerce, where she oversaw 200 international and domestic field offices with 1300 employees and a budget totaling $115 million. Following that, she worked as a senior executive at a major US company negotiating deals to access the Chinese market.