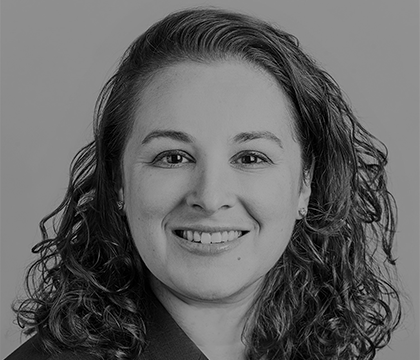 Anne previously served in the U.S. Senate as Tax Counsel to two Senators Rob Portman and Todd Young of the Senate Finance Committee. During her time in the Senate, Ms. Gordon was one of the lead staff involved in drafting the tax provisions of the Infrastructure Investment and Jobs Act.
She has also worked in the International Tax Services practice of PwC’s National Tax Services office, where she gained experience on a wide array of U.S. international tax issues including cross-border mergers and acquisitions and issues arising in the context of anti-deferral regimes, including Sub-part F. She also advised clients on debt issuance and modification, foreign currency issues, treaty benefits, GILTI, section 163(j), FDII and BEAT.

She has also held several positions in the U.S. Departments of Energy and the Treasury and clerked at the U.S. Tax Court for Judges Tamara W. Ashford, Mark V. Holmes, Richard T. Morrison, and Robert A. Wherry, Jr.

Anne graduated from The George Washington University with a B.A. in Classical Studies and Political Science, and an M.P.P. focusing on business-government relations. She received her J.D. from Boston College Law School and her LL.M. in Taxation with a certificate in International Taxation from Georgetown University Law Center.